Converse - sneakers that the world loved 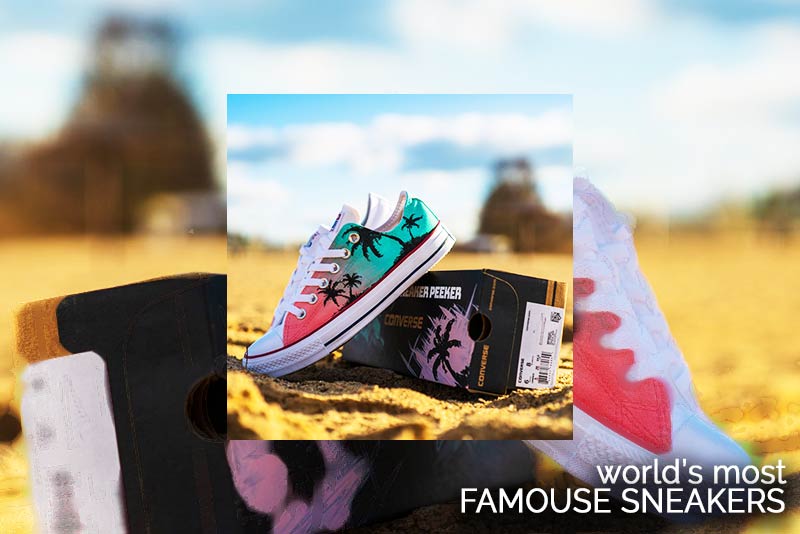 Converse is probably the most famous sneakers in the world. What is it that has been conquering the hearts of customers for over 100 years?

Unusual beginnings of the Converse brand

Given the design of the sneakers, it is not surprising that the history of Converse began with the vulcanization industry. In 1908 Marquis Mills Converse founded a company that manufactured tires. In time, it became the same plant where Converse shoes are produced. However, it is unknown when exactly the first models of Converse sneakers were made.

However, there are other surprising information about the Converse. Today's customers undoubtedly associate the brand with sports shoes. But it turns out that the story of the Converse began with. . . the wellingtons! It was only in 1910 that the production of sports shoes began. After World War I the direction of the company was already crystallized. Multi-functional, comfortable shoes were produced which are a combination of a rubber sole and a linen upper.

The Converse All Star model and its history

Converses might not have gained cult status if it wasn't for the history of the leading Converse All Star model. In 1928 a real revolution occurred in the company. Chuck Taylor, a basketball player, came to her doorstep and proposed small changes in shoe design. He adapted them to the exorbitant needs of professional players. The shoes, which were impressive for their grip on the parquet, now additionally stabilized the ankle and provided higher comfort of movement. This is still the case today, and you can see it with offers like this.

Although the shoes of the American brand enjoyed growing popularity, the story of Converse Chuck Taylor had to stop once again. The good run of the company was interrupted by the Second World War, which resulted in another change in the profile of the producer. It wasn't until the Converse All Star came back on sale. Production has started in full swing and the shoes are no longer just basketball shoes. They were appreciated by other athletes, musicians and young people following the trends of the time.